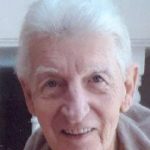 William John Pfeiffer, 79, of Center Twp., passed away on April 16, 2021 at Good Samaritan Hospice, with his family by his side.
Born on October 1, 1941, in Coraopolis, he was the son of the late William J. Sr. and Gloria Bozich. Bill has been a resident of Center Twp. for 28 years, was very faithful and a founding member of Christ Church at Grove Farm, a 1959 graduate of Coraopolis High School, as well as a member of the Antique Equipment and Steam Association. He had retired as a Maintenance Supervisor at ARCO Chemicals, Potter Twp., after 35 years, and was a veteran of the U.S. Air Force. Bill loved to work with his hands and could fix anything. He was an avid fisherman and golfer, and had traveled to Canada many times to fish. Bill was well known for his ability to fix and make anything work.
He is survived by his wife of 57 years, Donna Henderson Pfeiffer, 2 daughters, Amy (Lou) Bufalini, Hopewell, Lorie (Gene) Ferry, North Fayette, two sisters, Jo Ann (John) Seretti, Moon Twp., Cathy (Frank) Strickland, Robinson, and 3 cherished grandchildren, Amber and Savannah Webster and Joshua Pfeiffer. Also surviving are several nieces and nephews.
Preceding him in death besides his parents were infant grandsons, Luke and Jacob Webster.
Friends will be received Sunday from 2:00 to 6:00pm in the NOLL FUNERAL HOME, INC, 333 THIRD ST, BEAVER, where a service will be conducted Monday at 10:00 am by Pastor Barry Mariani. Private interment will take place at Grandview Cemetery, Burgettstown. Online condolences may be shared at nollfuneral.com.