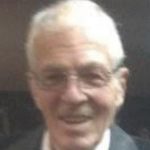 On This Bright & Cloudless Morning Wayne Allen Elsener was peacefully called Home to Heaven. Wayne Loved his Family & Friends.. Old & New & Spent his years here introducing His Lord Jesus to All he came in contact with.
He was born 1948, Graduated Tipton High School in 1966. Attended OSU & joined the Alpha Gama Rho fraternity like his Dad W.A. & Uncle Gordon. His Housemother called Wayne a “Diamond in the Rough “. Joyful, Playful, Enthusiastic & Sincere describe him the Best. He sold Bible books for the Southwestern Company in the summers . The evening before he turned 21 he suffered a head injury from a horse vs calf accident. Everyone was devastated for him. The accident took months of rehab to get him up & going again. He returned to OSU Where he was Active in Campus Crusade for Christ. Later he attended Moody Bible institute where he would preach to those who lived along the waterfront.
He married & his wife would demonstrate his sermon with chalk sketches. Wayne took a job with the Coca Cola company & took care of Mattie through her 9 year bout with cancer. She passed away in 2012 & he retired. In 2014 he married Aine Ickles .. the Delight of his Life. She encouraged him to reconnect with his family & Friends from his past. We All were Thrilled to have him back in contact. We All want to Sincerely Thank Heather & Don Nevill, who will sadly miss Wayne, and has cared for Wayne & Aine & has Adopted them into her life & has given Wayne a loving home away from home.
He also will be sadly missed by his brother, Joe (Ellen) Elsener, Dalls TX; and sister, Mary Elizabeth “Beth”, Tipton, OK; numerous cousins, nieces, and nephews; as well as is faithful four-legged companions, cat, Joey, and dog, Tucker.
God is So Good ! Wayne signed his letters ” In Him” He Loved his Wife & Families, but I know he was Thrilled to be with Jesus. Services will be private in Beaver, Pa..
Professional arrangements have been entrusted to the Noll Funeral Home Inc., 333 Third Street, Beaver PA 15009
Condolences can be sent to Aine Elsener, 5130 Tuscarawas Rd Beaver, PA 15009.