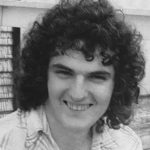 Walter Shepherd House, Jr., 64, of Beaver, PA, was surrounded by his loving family when he was welcomed home by the Lord on January 7th, 2022.

Born November 13th, 1957, he lived his entire life in Beaver County. He worked for 37 years at Heritage Valley Beaver Hospital, where he was well-known and respected.

He was preceded in death by his parents, Walter Shepherd House, Sr., and Mary Ellen (Tobin) House, as well as his beloved sister, Rosemary Thompson.

He was a one-of-a-kind, humble, spiritual, fun, honest man. He was known to be a kind-hearted rebel. Among many things, he was also passionate about the Raiders, the Beatles, Marvel and DC…all of which he enjoyed sharing with his grandchildren. Although Walter lived a quiet life, his conversations with loved ones were plentiful.

Walter will be fiercely missed by his family, who plan to celebrate his life in a private setting. Professional services have been entrusted to the Noll Funeral Home, Inc., 333 Third St., Beaver. Online condolences may be shared at nollfuneral.com.

In lieu of flowers, please send donations in Walter’s name, to the Hillman Cancer Center.