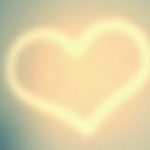 Born September 9, 1979 in Rochester, Ginny was a daughter of Don DePue and the late Iva Mae Reed and worked as a CNA at Beaver Elder Care & Rehab Center, Aliquippa.

In addition to her mother Iva Mae, who passed away in 2007, she was preceded in death by her fiancé Greg Taylor of Pittsburgh earlier this year.

Friends will be received Friday, October 21, 2016 from 2 pm until 4 pm and 6 pm until time of service at 7 pm in the Schwerha-Noll Funeral Home, 600 Beaver Avenue, Midland. A private interment will take place at Mill Creek Hill Cemetery, Georgetown. Online condolences may be shared at nollfuneral.com.