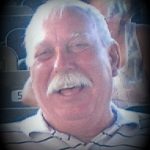 Theodore T. Hollenbaugh, 76, of Ohioville, passed away unexpectedly at his home Tuesday, October 17, 2017.

Born August 31, 1941 in Beaver, he was a son of the late Theodore and Alice Butsavich Hollenbaugh. Theodore’s 40-year career as a railroad conductor spanned many companies at Conway Yards before his retirement in 2000. When not working, he could be found enjoying his beloved farm, visiting neighbors, or woodworking. He was a faithful member of Saints Peter and Paul Roman Catholic Church, Beaver, belonged to the Knights of Columbus, was a veteran of the Army Reserves, and an active participant in the Alumni Association of Beaver Area High School.

In addition to his parents, he was preceded in death by his sister and brother-in-law, Nancy and Tom Gomola.

He will be sadly missed by his sister, Joan Eck, Industry, numerous nieces and nephews, and many friends and neighbors.

Friends will be received Friday, October 20, 2017 from 2 p.m. until 4 p.m. and 6 p.m. until 8 p.m. in the Noll Funeral Home, Inc., 333 Third St., Beaver. A Mass of Christian Burial will be celebrated by Fr. Robert Miller Saturday, October 21, 2017 at 10 a.m. at Saints Peter and Paul Roman Catholic Church, Beaver, followed by a private interment at Highland Cemetery, Industry. Online condolences may be shared at nollfuneral.com.

In lieu of flowers, memorial donations in Theodore’s name may be made to Saints Peter and Paul Church, 200 3rd Street, Beaver, PA 15009.