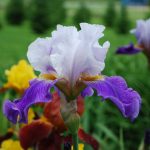 Born October 8, 1922 in Bethlehem, she was a daughter of the late James and Carrie Kincaid Hood. Thelma had worked at the Phoenix Glass Co., Monaca during WWII, and later, at the former Hannan’s Market, Vanport Twp. She was a faithful member of the First Presbyterian Church, Beaver, where she belonged to the Hodge Band, Presbyterian Women, Women’s Bible Study, and the Naomi Sisters. Before First Presbyterian, Thelma was the former financial secretary of Vanport Presbyterian Church, where she also served as a Sunday School teacher, and ordained Elder and Deacon.

Due to Covid-19, all services, including interment at Sylvania Hills Memorial Park, will be private. Professional arrangements have been entrusted to the NOLL FUNERAL HOME, INC., 333 THIRD ST., BEAVER. Online condolences may be shared at nollfuneral.com.