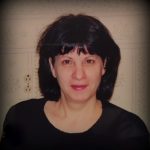 After an extended illness, Susan Kukich, 65, passed away peacefully at her home on Tuesday, July 18, 2017.
She was born on December 5, 1951, in East Liverpool, OH, to the late Florence (Liberatore) and George Kukich.
Susan is survived by her devoted and longtime companion Mark Singer, whose love and care made it possible for Susan to remain at home comfortably until the time of her passing. She is also survived by two sisters, Karen Kukich and Marian Cannon and their husbands; by a close cousin and friend Nancy Kukich and her fiancé; by several beloved aunts and uncles, and many cousins for whom she deeply cared.
Susan was a lifelong resident of the Beaver Valley area. She studied nursing in college before beginning a career at the American Red Cross, where she was employed for 30 years and made many dear and lasting friendships. After her mother’s sudden passing in 2000, Susan and Mark returned to Midland to live with and care for her father until his death in 2006.
From an early age, Susan was challenged by the world around her. Despite encountering many personal losses and hardships, the uncommon goodness of her inner spirit never faltered. Susan was always kindhearted, caring, generous, tolerant and respectful of all people, and more concerned for others than herself. Susan especially delighted in the beauty of nature, including flowers, thunderstorms, starlit skies and beaches, and in the many pets she adopted and loved over the years.
The family offers heartfelt appreciation to those individuals at Heritage Valley Beaver, whose professionalism and kindness helped Susan at various times.
Private funeral arrangements were provided by the Schwerha-Noll Funeral Home of Midland. The family will hold a private memorial service at a later date. Online condolences shared at nollfuneral.com