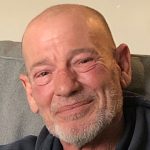 Born on March 22, 1956 in East Liverpool, Ohio, he was the son of the late Bernard Onuska.

Steve worked as an Aircraft Line Service Technician at Atlantic Aviation where he was known to many as “Birdman.” He was passionate about hunting and fishing, he was very mechanically inclined, tinkering with cars, TVs to anything that he could get his hands on. He shared this talent by always lending a hand to family and friends at any time and as often as he could. He had a kind and humble soul and would always put others before himself. Steve also loved his hard rock ‘n roll and you always knew he was coming when his car windows were rolled down. He was very proud of his family and was always ready to share pictures and videos from his phone. Mostly, he enjoyed spending time with his three grandchildren, who will miss him greatly.

Professional Arrangements have been entrusted to the NOLL FUNERAL HOME INC. 333 THIRD STREET, BEAVER PA, 15009. Online Condolences may be shared at www.nollfuneral.com

Donations can be made to jdrf.org, which is a nonprofit organization for type 1 diabetes.