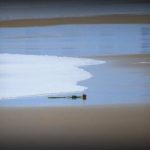 Born August 25,1954 in Pittsburgh, he was the son of late Samuel Lippincott, Jr. and Lois Jane Lippincott. Bob graduated from Hopewell High School and enlisted into the armed forces where he developed a love for diesel mechanics. He also enjoyed working on river barges beginning with his employment with Thomas Marine Company.

Surviving Bob are his sons, Samuel and Jeremy Lippincott; his wife, Terri Lippincott; a sister, Mary Kay (Dale) Karger; ;a dear friend, Sherri DeLouis; as well as many nieces and nephews.

Bob will be cremated with a private service attended by family members. Arrangements are being handled by Noll Funeral Home, Inc., 333 Third St., Beaver. Online condolences may be shared at nollfuneral.com.