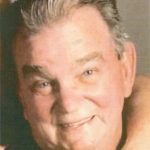 Born April 6, 1944 in Pittsburgh, he was a proud veteran of the U.S. Navy, having been a lifetime member of the Vietnam Veterans of America, and an active member of the American Legion Chapter 481, Midland, where he served in the American Legion Honor Guard.  Robert worked for over 40 years in the airline industry, having started his career with Eastern Airlines, and ending with U. S. Airways.  Upon his retirement, he and his wife, Jacqueline loved being Florida “snowbirds”.  He was a faithful member of the United Methodist Church of Beaver.

He was preceded in death by his brother, Joseph Toth.