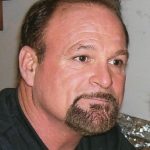 Robert Scott Ketterer, 65 of Industry Pennsylvania, passed away Friday
morning, June 24, 2022.
Born September 23, 1956, he was a son of the late Richard and Lena
Ketterer. Robert was a member of Chapel Presbyterian Church. He was a proud veteran of the US Air Force where he served as an Aircraft
Mechanic. He was a member of the Vietnam Veterans, the NRA and the
Midland Sportsman Club. Robert was also very proud of his
accomplishment in starting a website: Travis Aircraft Maintenance at
Travis A.F.B. CA.
In addition to his parents and grandparents, Robert was preceded in
death by a brother, George Ketterer.
He will be sadly missed by his daughter, Lisa Mae Ketterer of O’Fallon,
Illinois; a brother, Joseph (Connie) Ketterer of Wampum, PA; a sister,
Linda Marie Ketterer of Brighton Township, PA; grandchildren, Lily
Mae Ketterer of O’Fallon, IL;Sister in law Judy Ketterer of Brighton
Township; former wife, Vicki Ketterer; cherished friends, Keith and
Suzanne Bowler, Tim and Amy Shank, Patrick and Jamie Shank, Tom
Moore, Joe Jonas & family, Dennis Angelo and numerous additional
close friends; and his four-legged companion, Coco.
Friends and family will be received in the Noll Funeral Home, Inc., 333
Third Street, Beaver PA 15009, Tuesday, June 28, 2022 from 2pm to
4pm and 6pm to 8pm. A funeral service will be at 11am on Wednesday,
June 29, 2022 at the funeral home. Online condolences may be shared at www.nollfuneral.com
Interment will be Thursday, June 30, 2022 at 2pm with Full Military Rites at the National Cemetery of the Alleghenies.