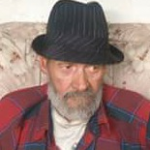 Robert D. Barton Sr., 67, of Industry, passed away on July 20, 2017 in his home surrounded by his family.
Born on August 17, 1949, he was a Navy Veteran of the Vietnam War. Robert was a member of the Veterans of Foreign Wars, and has a love for motorcycles, classic cars, and especially Lionel trains.
Robert is preceded in death by his father, Joseph Barton; and an uncle Jim Barton.
He will be sadly missed by his wife of 48 years, Nancy B. (Healy) Barton; a daughter, Hope Ranay Barton of Industry; two sons and daughters-in-laws, Robert Dennis and Elaine Mckim Barton Jr., and Timothy Joseph and Nicole Kuzma Barton, both of Industry; two brothers; John Barton of East Liverpool, Ohio; and Joe Barton of Florida; and nine grandchildren.
Military Honors will be conducted at the Noll Funeral Home Inc., 333 Third Street, Beaver PA 15009 on Tuesday July 25, 2017 at 3pm, followed by a memorial visitation until 6pm. Online condolences may be shared at nollfuneral.com