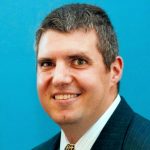 Born August 29, 1977 in Pittsburgh, he was son to James E. Maize, Billings, MT, and Carol L. Reece, Pittsburgh. A 1995 graduate of Knoch High School, he went on to study Logistics at Penn State University where he also joined the U.S. Navy Reserve Officers’ Training Corps. He was commissioned in 1999 and received his Naval Aviator wings in 2001. He proudly served during Operation Iraqi Freedom and took part in rescue efforts after Hurricane Katrina. After his discharge in 2007, Ian worked at PLS Logistics in Cranberry, then went on to receive his Masters of Divinity from Trinity School for Ministry and was ultimately ordained and hired as pastor at First Presbyterian Church, Beaver. Ian was an active member of the church, where he served as deacon, Sunday school teacher, small group bible study leader, bell choir ringer and ultimately, pastor. He loved reading, word puzzles, home improvement projects, and making people laugh. Ian was a devoted husband and father, friend to many, stranger to none. He was generous, kind, and always positive, despite the many health challenges he faced. His infectious smile and sense of humor will be greatly missed.