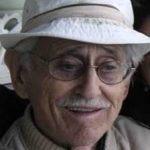 Paul P. Zivkovich, 95, formerly of Beaver, passed away on July 22, 2017 at Ohio Valley General Hospital to be with our lord.

Born on October 7th, 1921, he was the son of the late Marko and Sarah (Marion) Zivkovich. He was a proud WWII veteran and patriot. Paul viewed himself as an instrument of peace; sharing his gift of singing Christian songs to all who would lend an ear. Gardening was also a favorite pastime and he received immense satisfaction providing produce to many local friends in need.

Paul is preceded in death by his wife, Emily Pradovich Zivkovich (1999); three sisters; and one brother.

He was the beloved father of two daughters and a son-in-law, Rita and Chuck Kelly, Wexford, and Sali Hott, Sewickley; and adored grandfather of Brittney and Jessica Kelly. While he will be greatly missed by his family, they joyfully celebrate his entrance to Heaven. His was a race well run.

A private graveside service will be conducted in Oak Grove Cemetery, Industry.

Arrangements are being handled by the Noll Funeral Home, 333 Third Street, Beaver PA 15009. Online condolences may be shared at nollfuneral.com