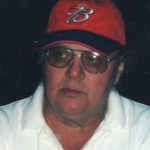 Milan “Rocky” Kovacic Jr., 77, of Midland, passed away Saturday, August 13 at the Concordia at Villa St. Joseph, surrounded by his loving family.
Born June 25, 1945 to the late Milan “Mitch” and Ann Kelly Kovacic, Milan had graduated in 1963 from Midland High School, and served with the U.S. Navy during the Vietnam War. He then worked at Westinghouse, and later worked at Crucible Steel, Colt Industries, Midland retiring in 1982. After his retirement, he worked as a security guard at the power plant at Shippingport, and later as a millwright at PMAC. He also had worked as a maintenance man at NNDS, and a driver at PA Cyber School.
Milan was a member of the St. George Serbian Orthodox Church, Midland and had coached Pop Warner football as well as having served as past president of the Midland Serbian Club. He had enjoyed hunting, fishing, gardening, working cross word puzzles and watching old movies. Rocky was a great cook and even a better baker. He loved making all the cookies and roasting a pig for Serbian Christmas. He lived for his children and grandchildren.
He is survived by his wife of 51 years, Patricia Kolar Kovacic; his son, Milan Kovacic III, Pittsburgh; grandchildren, Alexis and James Laney, both of Midland; sister, Kathy (Herb) Bookamer, Ellport, PA; sister-in-law, Judy (John) Miller, Louisville OH; and brother-in-law, James Kolar. He is also survived by numerous nieces, nephews and cousins.
Beside his parents, he was preceded in death by his daughter, Danielle Laney in 2003 and his in-laws, James and Mary Jane Kolar.
Friends will be received Wednesday, August 17, 2022, from 2 p.m. until 4 p.m. and 6 p.m. until 8 p.m. in the SCHWERHA-NOLL FUNERAL HOME, 600 BEAVER AVE, MIDLAND. A Pomen will be held at the funeral home Wednesday, August 17, 2022, at 7:30 p.m. A funeral service will be held Thursday, August 18, 2022 at 11 a.m. at St. George Serbian Orthodox Church, Midland. Father Dejan Barac will officiate. Interment will follow at the Beaver Cemetery.
Milan’s family would like to extend their gratitude to the staff of Concordia at Villa St. Joseph and also Good Samaritan Hospice for the loving care given to Milan.