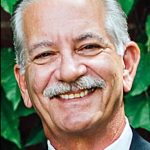 Born May 5, 1949, in Rochester, Pa., he was a son of the late Mike and Mildred Mandish Ratkovich. He was a member of the F&AM, St. James Lodge, Beaver, and an active member of the Braly Collective. An avid car enthusiast, he was a founding member of the Krazy Horse Car Club. Mike was a former Midland police officer, had worked at the Beaver Valley Power Plant as a SWAT security officer, and later retired as a salesman from Beaver County Auto in 2008. He loved his family and friends and was happiest when he was with them on the lake.

He will be sadly missed by his wife of 10 years, Cindy Braly Ratkovich; three step-sons, Kevin (Leeza) Conley, Brighton Twp.; Ryan (Samantha Ridgway), Conley, Charlotte, N.C.; and Bryce (Meghan Goodwill) Conley, Fairfax, Va.; his sister, Kathy Ratkovich, Granite City, Ill.; and a son, Stephen Ratkovich, Granite City. Mike is also survived by a large family and many friends, all of whom he loved very much.