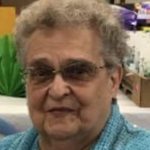 Mary Jane Giralico, 85, of Rochester, passed away on January 29, 2021, at home, surrounded by her loving family with the most beautiful private concert her performed by her grandson Nick, cared for by her most precious granddaughter Jodi Lynn Shaffer RN. Whom as everyone knows Jodi is to be given whatever Jodi wants, Jodi gets! Pastor Robert Singleton

Born on September 8, 1935, in Ambridge, Mary Jane had worked 23 years as a Library aid at the Rochester Public Library, a teacher’s aide at the Rochester Elementary School, PTA, a faithful member of Grace Lutheran Church, and full-time mother.

Friends will be received on Tuesday February 2, 2021 from 2pm until the time of service a 5pm in the Noll Funeral Home Inc., 333 Third Street, Beaver, PA 15009. The service will be conducted by Pastor Bob Singleton, Rochester Free Methodist Church. Online condolences may be shared at www.nollfuneral.com.

In lieu of flowers memorial contributions may be made if desired to the Rochester Public Library Brick Campaign.

Mom always wanted a book written by her surgeon, Dr. Carmen Petraglia. He told her to write it for him. Well, little did she realize she was writing it. Starting with delivering 6 healthy children, 15 grandchildren, 23 great-grandchildren, and 3 great-great-grandchildren; married 61 years; as if raising all of us weren’t enough, she would always worry about other children; worrying about animals; and playing cards or dice with Mary, Barry, and her sister. So as the final chapter is about to be completed, and mom preparing for her new journey, she was awaiting all her children to be together, we received the most important call. Dr. Carmen Petraglia called her, thanking him for the pleasure of knowing her and making him a better surgeon. She smiled. Her novel has been completed. So with a concert performed, and a song Almost Home by Mercy Me, we could see her running until she ran out of breath! As she delivered us, we delivered her home!!! UNTIL LATER MOM!!! WE LOVE YOU.