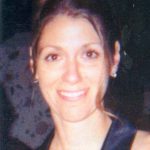 Born May 19, 1965 in Sewickley, she was a daughter of Norma Jean Blanc, Imperial, and the late George Cotters. A proud veteran of the U. S. Air Force, having served for four years, Marcy went on to work as the Director of Allegheny County Family Based Programs at Pressley Ridge, Pittsburgh for the past 23 years. She was a member of Holy Trinity Roman Catholic Church, Pittsburgh, and the American Legion, Imperial.

Friends will be received during a memorial visitation, Friday, August 6, 2021, from 3 p.m. until 6 p.m. in the Noll Funeral Home, Inc., 333 Third St., Beaver, where a Blessing Service will immediately follow. Interment will take place at a later date at the National Cemetery of the Alleghenies, Bridgeville. Online condolences may be shared at nollfuneral.com.