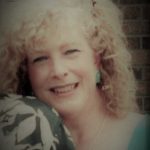 Marcia Ann Bennett Cornell, 67, went to be with her Creator Wednesday, August 30, 2017, at 6:38 p.m. in Decatur, AL, after a lengthy battle with small cell cancer.
Marcia was born on September 30, 1949, in Beaver, Pennsylvania. She was the daughter of the late Paul V. Bennett and Mildred Davidson Bennett. She was a descendent of the George Baker family, the first settlers in Beaver County.
A 1967 graduate of Beaver High School, she received many accolades. Her musical talents were evident from a very young age and she flourished into a wonderful music performer and teacher. She was the vocalist for the Mid-East Champion, The Swingin’ Beaver Bop-Cats and was also awarded the honor of Junior Miss 1967.
She attended Geneva College where she graduated Magna Cum Laude with a Bachelor of Science in Music Education. She then went on to complete her master’s degree in Professional Writing & Editing at Youngstown State University. A retired educator, Marcia is fondly remembered by her former Columbiana, Ohio students as a devoted and passionate band and choral director who fought for the importance of the arts in our schools.
Marcia was a member of the following organizations: The National Society of Colonial Dames XVII Century, The National Society Daughters of the American Revolution, Sons & Daughters of Pioneer Rivermen, the Gulf Shores Women’s Club and the Baldwin Pops.
She is survived by her husband, James Cornell, Decatur, Alabama, of 30 years. Since retirement they have enjoyed a full life together in the Gulf Shores and Huntsville regions of Alabama. She is also survived by her daughter, Alexandra N. Dorothy, Bryan, Ohio, three granddaughters; Brylan Beatrix Sonner, Blakely Bennett Sonner and Brynley Bliss Sonner, and her cousin, Luanne Blasche Pond of Virginia.
She was preceded in death by her parents, Paul and Mildred Bennet of Beaver, PA; brother, Paul V. Bennett; and beloved Aunts, Marion Blasche and Barbara Blum.
Friends will be received Saturday September 23rd from 11 a.m. until time of services at noon in the NOLL FUNERAL HOME, INC., 333 Third St., Beaver. The Rev Mark Boyd will officiate. Interment will immediately follow at Beaver Cemetery, Beaver. Online condolences may be shared at nollfuneral.com.