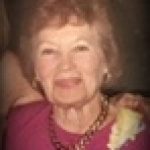 Lucille L. Piccolo, 89, of Beaver Meadows, Brighton Twp., formerly of Ellwood City, passed away Wednesday, August 30, 2017, with her family at her side.

Born September 26, 1927 in Ellwood City, she was a daughter of the late David and Lena Luongo Ionellie. Lucille worked at the Ellwood City Public Library for 20 years and was a faithful member of Saints Peter and Paul Roman Catholic Church, Beaver, and formerly, of Holy Redeemer Parish, Ellwood City.

In addition to her parents, she was preceded in death by her beloved husband Henry Piccolo in 2010, and a brother, Reynold Ionellie.

Friends will be received Friday, September 1, 2017 from 2 p.m. until 6 p.m. in the Noll Funeral Home, Inc., 333 Third St., Beaver. A Mass of Christian Burial will be celebrated by Fr. Robert Miller Saturday, September 2, 2017 at 10 a.m. at Saints Peter and Paul Roman Catholic Church, Beaver. A private interment will take place at St. Agatha Cemetery, Ellwood City. Online condolences may be shared at nollfuneral.com.

The family extends their deepest appreciation for the excellent care our mother received from the Beaver Meadows Staff.