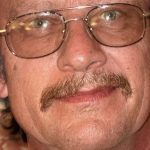 Lou was the son of the late Adam and Mary Farnish. A veteran of the US Army during the Vietnam War, he served as a Medic. Following his military service, he attended Duquesne University and earned a degree in nursing. He worked for part of his career caring for mentally challenged adults and later, worked in assisted living facilities.

He was an avid golfer with two credited hole-in-ones, loved to vacation at the beach in Ocean City, MD and served as a trustee at the Midland VFW.

He is survived by his two daughters, Cassandra (Matt) Evanek and Jessica (Kavon) Rahimzadeh. He leaves behind his sister Marian (Sam) Vergona, brother Michael Farnish and his favorite nephew, Edward Vergona.

He was preceded in death by his sister Anna Marie Farnish and by his long-time companion, Tina Newtz.

Friends will be received Saturday, June 12, 2021, from 10 a.m. until time of Blessing Service at 12 p.m. in the Schwerha-Noll Funeral Home, 600 Beaver Ave., Midland. Interment will take place at the National Cemetery of the Alleghenies, Bridgeville. Online condolences may be shared at nollfuneral.com.