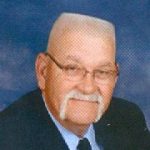 Born September 15, 1946 in East Liverpool, OH, he was the son of Hilda Penson, Chippewa and the late Charles Bostwick. Larry has been a resident of Vanport his entire life, attended Beaver High School, and was an avid fisherman. He retired in 2011 as a Road Foreman for Vanport Twp for over 30 years, having previously worked for J&L Steel. Larry was a faithful member of Vanport Presbyterian Church, and a proud member for 54 years of the Vanport Twp Fire Dept, where he served as former captain, 1st and 2nd Assistant Chief, deputy chief, chief, and president. Other than his family, his greatest love was the fire department.

In addition to his father, he was also preceded in death by his first wife Winona Moore Bostwick.

Larry’s family would like to thank Dr. Michael Heinle, Melissa and Shannon and Liberty Dialysis for their compassionate care of Larry.

Friends will be received Monday, January 18, 2021 from 1 p.m. to 4 p.m. and 6 p.m. to 8p.m. in the NOLL FUNERAL HOME, INC., 333 THIRD STREET, BEAVER. A funeral service will be conducted on Tuesday January 19, 2021 at 11:00a.m. at the Vanport Volunteer Fire Department, 435 Jefferson Avenue, Beaver, PA 15009. Private Interment will follow at Beaver Cemetery. Online condolences may be shared at nollfuneral.com
In Lieu of flowers; contributions can be made to the Vanport Volunteer Fire Dept, 435 Jefferson Avenue, Beaver, PA, 15009.