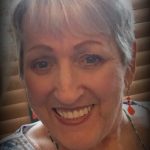 Born May 12, 1944 in Ambridge, she was a daughter of the late Stephen and Susan Parnica Jurasko. A Brighton Twp. resident for the past 50 years, Karen formerly worked as a secretary for the cardiac rehabilitation unit and a communications operator at the Medical Center, Beaver. She was also a past president of the Brighton Township Elementary PTA. In her spare time, she loved rooting for the Pittsburgh Pirates and traveling to casinos to play slots. Karen’s greatest passion was for her husband and her family.

In addition to her parents, she was preceded in death by her step-father, Theodore Zielinski who raised her; and her sister, Geraldine Stofko.

Friends will be received during a memorial visitation Wednesday, October 11, 2017 from 2 p.m. until 4 p.m. and 6 p.m. until 8 p.m. in the Noll Funeral Home, Inc., 333 Third St., Beaver. A memorial service will be conducted Thursday, October 12, 2017 at 11 a.m. at Four Mile Presbyterian Church, Brighton Twp. Online condolences may be shared at nollfuneral.com.

Memorial donations in Karen’s name may be made to the Beaver County Heart Association, 3582 Brodhead Road, #201, Monaca, PA 15061, or the American Diabetes Association.