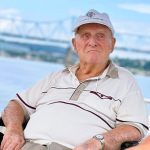 John “Jack” Nelson Baker, 93, of Chippewa, formerly of Beaver, passed away with his family by his side, Friday, September 23, 2022.

Born September 19, 1929 in Monaca, he was a son of the late Hugh M. Baker and Veda Eckstein Baker. John served his country in the US Army. A resident of Beaver most of his life, John retired as a Postal Clerk in Beaver, PA after 33years. He was also a member of Grace Lutheran Church.

In addition to his parents, John was preceded in death by his wife Betty Jane Baker, a son Jerrold A. Baker and a brother James Lee Baker.

All arrangements for John were private. Professional services have been entrusted to the Noll Funeral Home, Inc., 333 Third St., Beaver. Online condolences may be shared at nollfuneral.com.