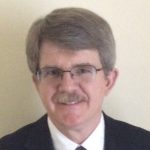 John (Jack) L Walker, Jr., 69, died at home surrounded by his family Saturday, September 4, 2021.
Jack was a husband, a father, a grandfather, a son, a brother, an uncle. To our community, he was a confidant, a friend, a mentor, and a helper. Jack was born May 5, 1952, to John and Virginia (Gault) Walker in Washington, Pennsylvania. He grew up in Clarion, and Upper St Clair, where he graduated from high school in 1970. A proud Allegheny Gator, while at college, Jack met his wife of 47 years, Roxanne (Zapsic), and made lifelong friends as a Fiji.
Work, faith, and service were important to Jack. For forty-three years, Jack practiced law in Beaver County, for the last several years, with his firm McNees, Autenreith, Rackley, and Walker. A highlight of his career was serving as Beaver County’s Juvenile Court Master for twenty-three years. Jack served as solicitor for both Beaver and Beaver Falls Zoning Hearing Boards. Throughout his career, he was an active member and past President of the Beaver County Bar Association. In 2006, he received the Pennsylvania Bar Association Award for Pro Bono Legal Services to the Community. Jack was a lifelong golfer and enjoyed participating in Bar Association golf outings. On June 6, 1992, with his trusty five iron, he hit a hole in one at Seven Oaks Golf and Country Club on Hole 14. He was the champion of the President Judge’s Cup in 1989, 2000, and 2018.
Jack was a dedicated member of Park Presbyterian Church and participated in leadership as an elder and deacon. He was called abroad on mission several times to Presbyteria Iglesia, in Belo Horizonte Brazil.
Jack quietly served others. Our community has known him through the years as a soccer coach, a Boy Scout Leader – in 2008 he was the recipient of the Boy Scout Good Scouter award, a Chamber of Commerce Member, Beaver Area Memorial Library Board Member and Past-President, Rochester Salvation Army Board Member, and President and Board Member of Tiger Pause Youth Ministry.
His family knew him as “the glue,” who kept everyone on track! He had a sarcastic sense of humor, and he loved his family fiercely. Along with values and a good work ethic, he instilled a sense of adventure into his children, and his grandchildren provided him endless joy. Jack and his son Chris, who resides in Alaska, journeyed together through some of the most beautiful, vast landscapes in North America. They backpacked through New Mexico at the Philmont Scout Ranch, soaked in hot springs as they cruised through Canada and the Alaskan highway, and road tripped across the desert Southwest through the Grand Canyon and Monument Valley. Jack even helped Chris build his house in Kenai, Alaska.
Jack and Roxanne loved visiting their grandkids Lily and Phinny in Colorado – where they enjoyed building a sled luge, skiing at Arapahoe Basin, Keystone, and Vail, biking along the Blue River, and hiking the Gore Range. One of his favorite Colorado activities was pilgrimaging with his grand dog to the dead tree overlooking the Lower Blue River Valley and Lake Dillon. He and Roxanne paddled past whales and calving glaciers in the Prince William Sound, Alaska. They took in the vistas of the Blue Ridge Mountains and followed the path of our nation’s history in Williamsburg and Virginia.
He is survived by his parents John and Virginia Walker, wife Roxanne, daughter Leslie Walker (John Ford), grandchildren Lily and Phineas Ford, son Chris Walker (Becca), brother Bob Walker (Amy), sister Rebecca Plotner (George), brother Ken Walker, sister-in-law Ginny Flick (Bill), nieces and nephews, and Fleury, his Golden Retriever.
The family will receive visitors in the Noll Funeral Home , 333 Third St., Beaver, Thursday from 2 p.m. until 4 p.m. and 6 p.m. until 8 p.m. The funeral service will be held at Park Presbyterian Church, Friday at 11 am. The courtesy of wearing a mask is requested by the family. Online condolences may be shared at nollfuneral.com.
In lieu of flowers, donations can be made to Park Presbyterian Church parkpres.org, Tiger Pause Youth Ministry tigerpause.net or the Beaver Area Memorial Library beaverlibraries.org/beaver.asp.