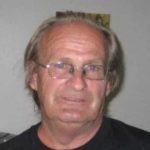 Born July 6, 1952 in Rochester, he was a son of the late John Joseph and Marjorie Huffman McClain. A resident of Bridgewater all his life, he, along with his brother, owned and operated Reliable Window Cleaning for nearly 40 years. John was a 1971 graduate of Beaver Area High School.

In addition to his parents, John was preceded in death by his son, John Charles McClain, Jr.

Friends will be received Friday, January 22, 2021, from 4 p.m. until time of service, conducted by his brother-in-law, Reverend Keith Staneart, at 7 p.m. in the NOLL FUNERAL HOME, INC., 333 THIRD ST., BEAVER. Online condolences may be shared at nollfuneral.com.

John wanted to share some advice to those reading this, “Do Not Smoke!”