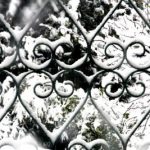 Born September 24, 1926 in West Mayfield, she was a daughter of the late Joseph R. and Edith A. Farrell Campbell. Jean will be remembered as a devoted wife, loving mother, and proud grandmother and great-grandmother. She was a member of Vanport Presbyterian Church, Vanport Twp.

In addition to her parents, Jean was preceded in death by her husband, Wayne Melvin Downs in 2002; five brothers, Alfred, Edward, Robert, Glenn, and Joseph Campbell; and two sisters, Betty May and Janet Ketterer.

As per Jean’s wishes, there will be no public visitation. Professional arrangements have been entrusted to the NOLL FUNERAL HOME, INC., 333 THIRD ST., BEAVER. Online condolences may be shared at nollfuneral.com.

The family thanks Sunnyview Nursing and Three Rivers Hospice for the compassionate care given to Jean.