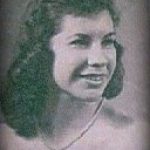 Born October 29, 1941 in Aliquippa, she was a daughter of the late Joseph and Ann Reinel. Jean retired as a cafeteria worker at Lincoln Park, having previously worked at the former Friendship Ridge, Brighton Twp. She was active with the American Legion and Polish Falcons Auxiliaries, both in Midland, and could often be found happily cooking for her family and friends.

As per Jean’s wishes, there will be no public visitation.

Professional arrangements have been entrusted to the Noll Funeral Home, Inc., 333 Third St., Beaver. Online condolences may be shared at nollfuneral.com.