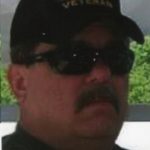 James Albert Rose, 71 of Beaver, Pennsylvania, passed away at home, Wednesday, June 22, 2022 from natural causes.
Born June 2, 1951 in Rochester, PA, he was a son of the late Robert G. and Jean E. Rose. Jim was formerly of Freedom, PA and attended Life Family Church in New Brighton, PA. He was a proud US Army Veteran having served in the Vietnam War 1970 – 1971. He retired as a Police Officer, having served both the Vanport and Beaver Police Departments, after graduating Freedom Area High School, Class of 1969, and attending the Golden West College Police Academy in Huntington Beach, California. Jim was an avid outdoorsman and a hot wing afficionado.
In addition to his parents, Jim was preceded in death by his stepmother, Cora Lee Rose and his wife, Melissa J. Binder Rose who passed in 2018.
He is survived by his son, Jason (Rachelle) Rose of Northfield, Ohio; brothers, Robert (Gerry) Rose of Rochester, PA, John (Beverly) Rose of Firestone, Colorado, Gary (Kathy) Rose of North Canton, Ohio, William (Stephanie) Rose of Barre, Vermont; a sister, Donna (Rick) Krystek of Monaca, PA; grandchildren, Piper Rose and Caleb Andreozzi ; an uncle, Ralph Rose (Margarete), Enon Valley, PA; and numerous extended family and friends.
Professional Arrangements have been entrusted to Noll Funeral Home Inc., 333 Third Street, Beaver, PA 15009. Online condolences may be shared at www.nollfuneral.com. A Memorial Service will be announced at a later date.
Memorial Contributions may be made to the Vietnam Veterans.