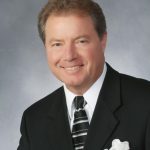 Born May 31, 1949 in Aliquippa, he was a son of the late James A. and Virginia Tilly Nairn. Jim received his bachelor’s degree in geology/earth science from Edinboro University in 1971 and his master’s degree in geology/earth science from the State University of New York College (SUNY) Fredonia in 1973. In 1989 Jim joined Jim Roberts, Ken Miller and Greg Quatchak to found Civil & Environmental Consultants, Inc. (CEC). Jim served as a Vice President, President, Chief Executive Officer, and Chairman of the Board before retiring at the end of 2014. In addition to these accomplishments, Jim was also a leader in the reshaping of Pittsburgh’s riverfronts. Jim’s efforts can be viewed on such high-profile projects as Washington’s Landing, the Pittsburgh Technology Center, the ALMONO site (former LTV Hazelwood Coke plant), and the former LTV Southside Works, among others. Jim was the author of several publications dealing with groundwater and related topics. Jim was on the board of many organizations, including Chairman of the Beaver County Chamber of Commerce and President of the Geological Society. Jim had many accomplishments in life but there was so much more to him. Growing up, singing in the Nairn home was constant with Jim, his mother and sisters. Even as a child, he held many jobs while being lead singer and guitarist in a band with his cousins. He was an Eagle scout when he was 13. If you knew Jim, you knew he was Irish. He loved to sing and play the guitar. He worked hard and played hard. He loved his wife and family fiercely and always provided for them. Jim was an amazing man, full of talent and energy, from his knowledge to his music to his humor.

Friends will be received, Monday, April 12, 2021, from 2 p.m. until 4 p.m. and 6 p.m. until 8 p.m. in the NOLL FUNERAL HOME, INC., 333 THIRD ST., BEAVER. A Mass of Christian Burial will be celebrated Tuesday, April 13, 2021 at 10:30 a.m. at Our Lady of the Valley, Saints Peter and Paul Roman Catholic Church, Beaver by his pastor, Father Robert Miller. A private interment will take place at St. Joseph Cemetery, New Brighton. Online condolences may be shared at nollfuneral.com. For virtual viewing of Mass, please visit the Our Lady of the Valley Facebook page, titled “Funeral Mass for James Nairn”.

Memorial donations in James’ name may be made to the Parkinson Foundation of Western Pennsylvania, 575 Lincoln Ave., # 101, Bellevue, PA 15202, or pfwpa.org/donate.