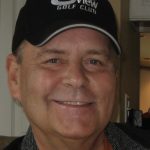 James Michael Capp, 72, of Moon Twp., passed away on November 16, 2022, with his loving family by his side, after an extended illness.

James was born on March 9, 1950, in Pittsburgh, PA, to the late Michael and Irene Lisiak Capp. He was a 1968 graduate of North Catholic High School, and went on to attend and graduate in 1973 from California University, where he obtained his degree in Political Science. James also was the president of his fraternity and student union in college. He was a veteran on the U.S. Coast Guard.

As per James’ wishes, all services were private. A memorial service will be announced at a later date. Professional arrangements have been entrusted to the Noll Funeral Home Inc., 333 Third Street, Beaver, PA, 15009. Online condolences may be shared at www.nollfuneral.com.