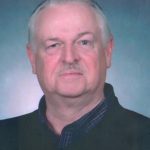 Born September 8, 1949 in Rochester, he was the son of Thomas and Alice Summers. Jim was a 1968 graduate of Northwestern High School. He was employed with Pittsburgh Tube Steel Corporation, Monaca, where he retired after 30 years. He then worked as a maintenance and groundskeeper for 14 years at Interforest Corporation, Darlington.

Jim was a very simple man and the love for his family was
everything to him, and never negotiable. He had a passion for visiting Rogers, OH for various sales with his friends, where he enjoyed talking with everyone and was well known throughout the sales grounds. The sale will not be the same without him as Jim was well known for finding you the best deal. He enjoyed hunting, fishing, and riding his Harley with family and friends. He was an avid sports fan, especially watching his grandchildren in the sport of their choice, never missing an event. Most of all, he loved eating at “Loretta’s Kitchen”. He attended Fairview Reformed Presbyterian Church in Ohioville, PA.

He is survived by his lovely wife of 51 years, Loretta (Raines) Summers; and his children, J.C. (Jill) Summers of Darlington, and Natalie Ollis (Shawn Stone) of Industry. He is also survived by his loving grandchildren, the lights of Jim’s life, Tyler and Tesa Summers, and Madalyn and Lane Ollis.

In addition to his parents, he was proceeded in death by a brother Thomas Clark Summers and a son, Jason Clark Summers.

As per Jim’s wishes, all services were private. Professional arrangements have been entrusted to the Noll Funeral Home, Inc., 333 Third St., Beaver. Online condolences may be shared at nollfuneral.com.

In lieu of flowers and monetary gifts, the family would like donations to be made to St. Jude’s Children’s Hospital of which Jim was an avid supporter.

The family wishes to thank the staff of the Covid and CCU floors, Heritage Valley Beaver, for all their kindness, support, and compassion.