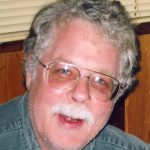 James Allen Crozier, MD, 68, of Brighton Twp. passed into the arms of his Lord and Savior Thursday, October 19, 2017 at home surrounded by his loving family following a long and hard fought battle with pancreatic cancer.

Born January 16, 1949 in Rochester, he was a son of David J. Crozier, Sr. and the late Marjorie Helsing Crozier. A Rochester High School graduate, Jim continued onto Geneva College, where he earned a Bachelor of Science Degree in Chemistry. His pursuit of a medical degree took him to Hahnemann School of Medicine and University of Pittsburgh’s Magee Women’s Hospital where as a clinical assistant, he performed his residency in Obstetrics and Gynecology. Dr. Crozier delivered over 10,000 babies at Heritage Valley, formerly the Medical Center, Beaver and Ellwood City Hospital, and served as the Medical Center Chairman of the Department of Obstetrics and Gynecology from 1989 through 1991.

During Dr. Crozier’s 40-year career, he became known as an excellent surgeon and brilliant diagnostician. This reputation brought him back to Magee as a resident mentor, where as a professor in the Department of Obstetrics, Gynecology, and Reproductive Sciences, he shared his four decades of practical experience and knowledge with his medical students. An effective and beloved educator, he was recognized as Teacher of the Year by his residents at Magee.

Friends and colleagues will fondly remember Jim as a conscientious businessman with a strong will, quick wit, keen intelligence, and unparalleled love of family. He will be missed by all.

As per Jim’s request, there will be no visitation. A memorial service, conducted by Reverend Jeffrey Arnold, will take place at First Presbyterian Church, 252 College Ave., Beaver, Saturday, October 28, 2017 at 1 p.m. Noll Funeral Home, Inc., 333 Third St., Beaver is handling all arrangements. Online condolences may be shared at nollfuneral.com.

In lieu of flowers, memorial donations in Jim’s name may be made to the First Presbyterian Church, 252 College Avenue, Beaver, PA 15009 or the Pancreatic Cancer Association.
The family would like to thank Dr. Prendergast, Dr. Ferri, Dr. Zeh, and Leslie and Kimmy with Catholic Hospice for the compassionate care given Jim.