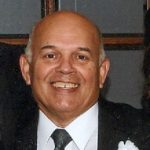 Glenn O. Bias,69, of South Beaver Township, formerly of Ohioville, went home to be with his Lord and Savior Jesus Christ, Sunday May 14, 2017, surrounded by his loving family.

Born May 25, 1947 in Logan, WV, he was a 1969 graduate of Kentucky Christian College. For 55 years, Glenn served the Lord as a minister, having retired in 2015 after 32 years as an Evangelist at Oak Grove Church of Christ, Ohioville. He was actively involved with canoe and wilderness church camps, where he shared his love for the gospel, fishing, and camping.

He was preceded in death by his parents, Clifford and Olive Bias.

Friends will be received Wednesday, May 17, 2017 from 2 pm until 4 pm and 6 pm until 9 pm in the Noll Funeral Home, Inc., 333 Third Street, Beaver. A funeral service, conducted by Evangelist Randy Frederick and Evangelist Jeff Phillis, will take place Thursday, May 18, 2017 at 11 am at the Oak Grove Church of Christ, Ohioville. A private interment will follow at Hammondsville Cemetery, Hammondsville, OH. Online condolences may be shared at nollfuneral.com.

In lieu of flowers, memorial contributions may be made to the Benevolence Fund, Oak Grove Church of Christ, 169 Ashwood Drive, Industry, PA 15052.