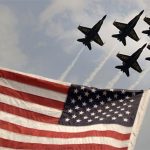 Born on September 15, 1929 in Beaver Falls to the late William Earl and Ada (Keil) Wagoner, he was a former member of Saint Philomena Parish, Beaver Falls. Earl owned and operated E.C. Wagoner Sons Greenhouse and Florist in Chippewa Township for nearly 30 years and was a U.S. Marine Corp. retired Colonel having served during the Korean War.

Interment with full military rites by the Beaver County Special Unit will follow at the Grandview Cemetery.