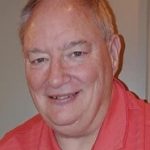 Born September 22, 1956 in Kennedy Twp., he was a son of the late Peter and Mary Catherine Schlie Podnar. Tom graduated from Canevin High School in 1974. It was there that he discovered his love of computers. He went on to found his own computer company in 1983, Microlite Corporation, Aliquippa, which he owned and operated for the past 38 years. Formerly of Hopewell Twp., Tom had lived in Potter for the last 10 years. He was a faithful member of Our Lady of the Valley, Saints Peter and Paul Church, Beaver, where he served as the music minister for the contemporary choir. Tom also shared his love of music for over 40 years as a musician for the monthly masses at Allegheny Valley School in partnership with Church of the Ascension. Tom served as an associate member of the Potter Twp. VFD and on the zoning hearing board for Potter Twp.

Friends will be received Thursday, January 20, 2022, from 2 p.m. until 4 p.m. and 6 p.m. until 8 p.m. in the Noll Funeral Home, Inc., 333 Third St., Beaver. A Mass of Christian Burial will be celebrated Friday, January 21, 2022 at 10:30 a.m. at Our Lady of the Valley, Saints Peter and Paul Church, Beaver. Interment will follow at Mt. Olivet Cemetery, Hopewell Twp. Online condolences may be shared at nollfuneral.com.

In lieu of flowers, memorial donations in Tom’s name may be made to the Music Ministry at Saints Peter and Paul Church, Beaver.