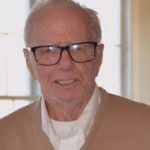 Born March 25, 1938 in Rochester, he was a son of the late Dr. Henry C. Thel, and his wife, Anne Kelly Halpin Thel. Upon graduation from St. Vincent College Prep School, Latrobe, Henry went on to study at Georgetown University, Washington, D.C., earning his Bachelor Degree in Biology in 1959. He continued at Georgetown University Medical School until 1963, when he accepted his internship at St. John’s Mercy Hospital, St. Louis through 1964. Henry moved on to New York Eye and Ear Infirmary, NYC, for his ophthalmology residency from 1964 until 1967. He went on active duty with the Pennsylvania Air National Guard in 1968, attaining the grade of Major, while starting his practice in both Aliquippa and Beaver.

During his 30-year career, Dr. Thel introduced a number of “firsts” in ophthalmology to Beaver County, beginning in 1967 with the use of an operating microscope in eye surgery at Rochester Hospital. He went on to execute the first corneal transplant and retinal detachment surgery, both in 1968, and performed the first phacoemulsification and intraocular implant in 1974.

Henry is survived by his loving wife, Patty; their three children, Chris and his wife, Nichole, Maria and Brian; their grandchildren, Haleigh, Christian, Brianna, Megan, and Ashlyn. He is also survived by his daughter Laura Belica, and her daughter, Elizabeth; two sisters and brothers-in-law, John and Yvonne Driscoll, M.D. and Anne and John Driscoll, Esquire; along with numerous nieces and nephews.

In addition to his parents, Henry was also preceded in death by his sister, Mary Margaret Watkins.

As per Henry’s wishes, all arrangements were private. Professional services have been entrusted to the NOLL FUNERAL HOME, INC., 333 THIRD ST., BEAVER. Online condolences may be shared at nollfuneral.com.