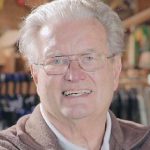 Born October 29, 1934 in Uniontown, he was a son of the late C.O. and Margaret Sturm Wells. Douglas served proudly in the U. S. Navy as a seaman aboard the USS Pocono from 1954 until 1958. A resident of Brighton Twp. for most of his life, Douglas retired as a PBX installer after a 37.5-year career with Bell Telephone. He was a member of the St. James Masonic Lodge # 457, New Castle Consistory, for nearly 33-years. In his spare time, Douglas could be found in his workshop where he lovingly crafted items out of wood for family and friends. He also enjoyed traveling throughout the United States on his motorcycle or in his motorhome. Car cruises and driving his ’68 GTO were some of his favorite past-times. Douglas always included his children and grandchildren in all the things he loved to do.

In addition to his parents, he was preceded in death by his first wife, Nancy L. Wells.

Friends will be received Thursday, July 23, 2020, from 2 p.m. until 4 p.m. and 6 p.m. until 8 p.m. in the Noll Funeral Home, Inc., 333 Third St., Beaver, where a funeral service will be conducted Friday, July 24, 2020 at 11 a.m. CDC guidelines of social distancing and the wearing of masks will be followed. Entombment at the National Cemetery of the Alleghenies will take place at a later date. Online condolences may be shared at nollfuneral.com. https://nollfuneral.com/obituaries/douglas-e-wells/875/

Memorial donations in Douglas’ name may be made to the Beaver County Cancer & Heart Society, 3582 Brodhead Road, Suite 201, Monaca, PA 15061. 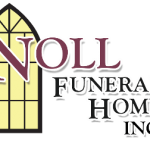