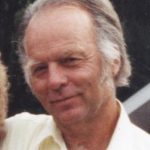 Donald J. Shriver, 80 of Brighton Twp passed away Wednesday, January 19, 2022 at Heritage Valley, Beaver with his family at his side.
Born December 3, 1941 in Ohioville, he was the son of the late William and Lois Popp Shriver and had been a resident of Ohioville all of his life. Don had formerly worked at Crucible Steel, Colt Industries, Midland, and later founded his business, Don’s Auto Salvage in Ohioville where he worked alongside his wife and son for many decades. He was a proud veteran of the US Army having served during the Vietnam War, and was a member of the Four Mile Presbyterian Church. A 1959 graduate of Midland High School, he later graduated in 1963 from Tri-State College in Indiana with a degree in mechanical engineering. Don loved animals and had spent many years breeding Bassett Hounds.
Preceding him in death were his parents, and a brother, Edward W. Shriver.
He will be sadly missed by his family including his wife of 51 years, Linda Smith Shriver, a son, William (Kelly) Shriver, Ohioville, a brother, Dale (Judy) Shriver, Marengo, IL, 2 sisters, Margaret “Peg” (Mel) Vogel, Copley, OH, and Joyce (Gary) Dawson, Rochester, MI. Don especially loved being Pa-Pa to his cherished grandchildren, Ella, Levi and Luke Shriver, and he is also survived by James “J.Y.” Wilkerson, whom he thought of as a son.
Friends will be received Monday from 4:00 to 8:00 pm in the NOLL FUNERAL HOME, INC. 333 THIRD ST. BEAVER, PA 15009. A private funeral service will be conducted followed by interment at Highland Cemetery, Ohioville. Online condolences may be shared at nollfuneral.com.
In lieu of flowers, memorial contributions may be made if desired in Don’s name to the Beaver County Humane Society, 3394 Brodhead Rd., Aliquippa, PA 15001.