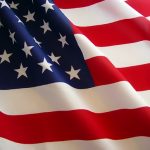 David L. Murray, 81, of Brighton Township, passed away Thursday, December 1, 2016, at home with his wife and son at his side.
Born September 12, 1935 in Beaver, he was a son of the late Arthur and Agatha Brookhart Murray. A resident of Brighton Township since 1962, David retired from the sales department of the former McDanel Refractory, Beaver Falls, after 27 years of service. He was a proud veteran of the U.S. Navy and had been very active with the Brighton Township Volunteer Fire Department. David had acted as treasurer with the fire department and also helped at the social hall, lending a hand during fish frys and weddings.
David is survived by his beloved wife of 57 years, Jeanne Weber Murray, and son, Jeffrey A. Murray, both of Brighton Township; one sister, Ellen Petrucci, Vanport Township, and numerous nieces and nephews.
In addition to his parents, he was preceded in death by his brother Carl Murray.
Friends will be received Monday, December 5, 2016 from 2 pm until 4 pm and 6 pm until 8 pm in the Noll Funeral Home, Inc., 333 Third St., Beaver. A funeral service, conducted by Pastor Bill Anzevino, will take place at the funeral home Tuesday, December 6, 2016 at 11:30 am. A private interment will occur at Sylvania Hills Memorial Park, Rochester. Online condolences may be shared at nollfuneral.com
Memorial contributions in David’s name may be made to the Brighton Township Volunteer Fire Department, 5400 Dutch Ridge Road, Beaver, PA 15009.