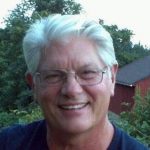 Born May 20, 1941 in West Virginia, he was a son of the late Willard E. and Maryland Lynch.  A 1960 graduate of Aliquippa High School, Cliff went on to work at J & L Steel where he retired as a foreman in 2001.    He was a Mason, a Shriner, and a former fireman with the Center Township Volunteer Fire Department. Cliff will be most remembered as a devoted husband, loving father, and proud grandfather who loved his family unconditionally.  An avid outdoorsman, he could be found camping or just working outside.  He was a faithful member of Christian Assembly, Industry.

Due to Covid-19, all services will be private.  Professional arrangements have been entrusted to the Noll Funeral Home, Inc., 333 Third St., Beaver.  Online condolences may be shared at nollfuneral.com.

In lieu of flowers, memorial donations in Clifford’s name may be made to Christian Assembly, 6241 Tuscarawas Road, Industry, PA 15052.