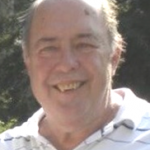 Born February 1, 1943 in Clearfield, he was a son of the late William A. and Isabel H. Stephens Lansberry.  Barry was a proud veteran of the U.S. Air Force and Methodist by faith.

In addition to his parents, Barry was preceded in death by his step-son, Mark Greenly; nephew, JC Lansberry; and niece, Addie Huzyak.

A private graveside service at Beaver Cemetery was conducted by his friend, Sonny Blucher.  Professional arrangements have been entrusted to the Noll Funeral Home, Inc., 333 Third St., Beaver.  Online condolences may be shared at nollfuneral.com.

In lieu of flowers, memorial donations in Barry’s name may be made to a favorite charity of your choice.