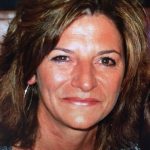 Born May 29th, 1961, she was the daughter of Josiane Iuele of Ohioville and the late Amedeo Iuele. She retired from USAir, after 26 years as a flight attendant when becoming a mother in 1997. Annik was an avid Steelers fan and enjoyed traveling with her family. She particularly loved hosting parties and dinners and enjoyed life to the fullest.

She was preceded in death by her father, Amedeo in 1996 and her sister Lidia Harn in February 2017.

Annik touched everyone who knew her and will be missed by all.

A private legacy celebration will be scheduled in the near future. Local arrangements are being handled by the Noll Funeral Home, Inc., 333 Third St., Beaver. Online condolences may be shared at nollfuneral.com.

Memorial contributions may be made if desired to the American Cancer Society https://donate3.cancer.org/?