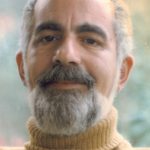 Alfred “AJ” Martin, a long-time resident of Beaver, passed away peacefully in the early morning hours of October 23, 2016 after a courageous battle with cancer.

He was preceded in death by his parents Joseph and Josephine Martin, and his brother, Ledo Martin, originally of Freedom.

He is survived by his sister, Lena (Jim) Stephenson, and his brother, Ernest A. (Judy) Martin, all of Center Township.

AJ was the beloved husband of Mary, and the devoted father of daughters, Liane Martin Clepper, OH and Debra (Robert) Dunn, Wexford, and son Rob (Amy) Martin, Beaver. He leaves behind 8 grandchildren, 2 great-grandsons, as well as many nieces, nephews, and friends.

AJ was a U. S. Army veteran of the Korean War. He was employed for many years by Westinghouse Corporation at the Beaver facility. One of his favorite leisure pastimes was ballroom dancing with his wife as he was an instructor in the 1950’s with the Arthur Murray Dance Studios. He continued to provide private dance instruction on a part-time basis in the 1960’s and 70’s. He retired from Westinghouse in the 1980’s and embarked on a rewarding second career as a massage therapist. AJ was an avid reader, animal lover, gardener, and a vegetarian throughout his adult life. He tried to stay physically active despite dealing with several serious health challenges.

A funeral mass will be celebrated at Saints Peter and Paul Roman Catholic Church, Beaver. All arrangements are being handled by the Noll Funeral Home, Inc., 333 Third St., Beaver. Online condolences may be shared at nollfuneral.com.

Memorial donations in AJ’s name may be made to his favorite charity, the Sisters of St. Joseph of Baden, 1020 State Street, Baden, PA 15005.