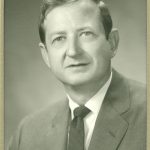 Laurence E. Dietz, D.M.D., 85 of Cranberry Twp, formerly of Brighton Twp. passed away Saturday, July 25, 2015 at Sherwood Oaks, Cranberry with his wife at his side.

Born October 6, 1929 in Harrisburg, and orphaned in high school, Larry exaggerated his age and joined the PA State Guard Mounted Troop, attaining the rank of sergeant while still in high school. He graduated from William Penn High School, the University of Pittsburgh, and the University of Pittsburgh School Of Dental Medicine. After serving in the US Army Dental Corps as a Captain, he practiced in Beaver and Columbiana counties limiting his patients to children. He authored a book, “Buddy Beaver Goes to the Dentist” and created a costumed character called Buddy Beaver for his young patients. He served as President of the PA Society of Dentistry for Children, Beaver Valley Dental Society, and the Western PA Dental Society. Honored with membership in the American College of Dentistry, the International College of Dentistry, Pierre Fouchard Academy, and the Academy of Children’s Dentistry, Dr. Dietz also served as a Deacon, Elder and Trustee of the Presbyterian Church.

For many years, Dr. Dietz fostered the careers of young Pedodontists by employing them as they started practicing in other parts of Pennsylvania. He also served the University of Pittsburgh Dental School as an adjunct professor in Pedodontics. A mission trip with his family to the Albert Schweitzer Hospital in Haiti was a significant part of his Christian mission work.

Dr. Dietz was a familiar figure in Beaver and Columbiana Counties on his 17-hand Tennessee Walking Horse. This activity was further carried out in the Ocala National Forest as a member of the Altoona Posse. He also co-founded the “Dead River Gang” boat club, and participated in antique car activities.

In addition to his wife, children and their families, Dr. Dietz is survived by one brother, Dr. S. John Dietz, Columbia, NC; and many nieces and nephews. He was preceded in death by three brothers, Dr. Raymond E., Dr. M. Wendell, and Dr. M. William Dietz.

As per his wishes a memorial service will be held Saturday, August 8, 2015 at 2:00 pm in the Park Presbyterian Church, Beaver, conducted by his pastor, Rev. Mark Boyd. Private interment will take place at Beaver Cemetery. Arrangements are being conducted by the Noll Funeral Home, Inc., 333 Third St., Beaver. Online condolences may be shared at nollfuneral.com.

In lieu of flowers, memorial contributions may be made in Dr. Dietz’s name to
Park Presbyterian Memorial Fund, 275 Commerce St, Beaver, PA 15009.